Houdini is a minimalist rigorous design characterized by the juxtaposition of perpendicular lines playing with the materiality, on one side, with the consistency of the wooden shelf (lacquer, stone or Corian), on the other, with the absolute lightness and transparency of the crystal, creating a static and formal dependency between the parts in an illusionary image of suspension.

The supporting surfaces are available in the following versions: with a rectangular layout or with a slanted wing layout to emphasize the dynamic of the whole. The thick milled surface minimizes the visible thickness and balances itself in a correct dimensional ratio with the crystal vertical support used to unload the weight to the ground. The system, which is the source for further developments in width, can be equipped with 40 cm deep containers to be placed alongside the crystal leg. 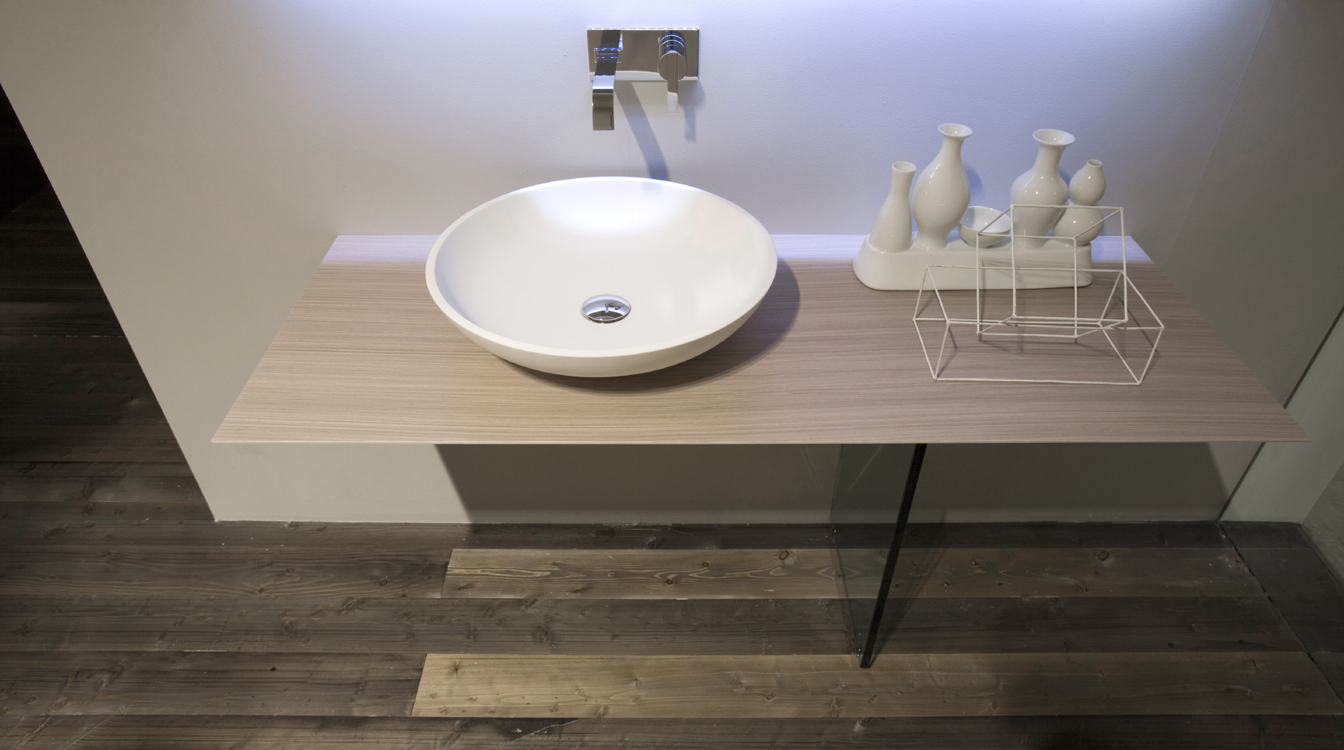 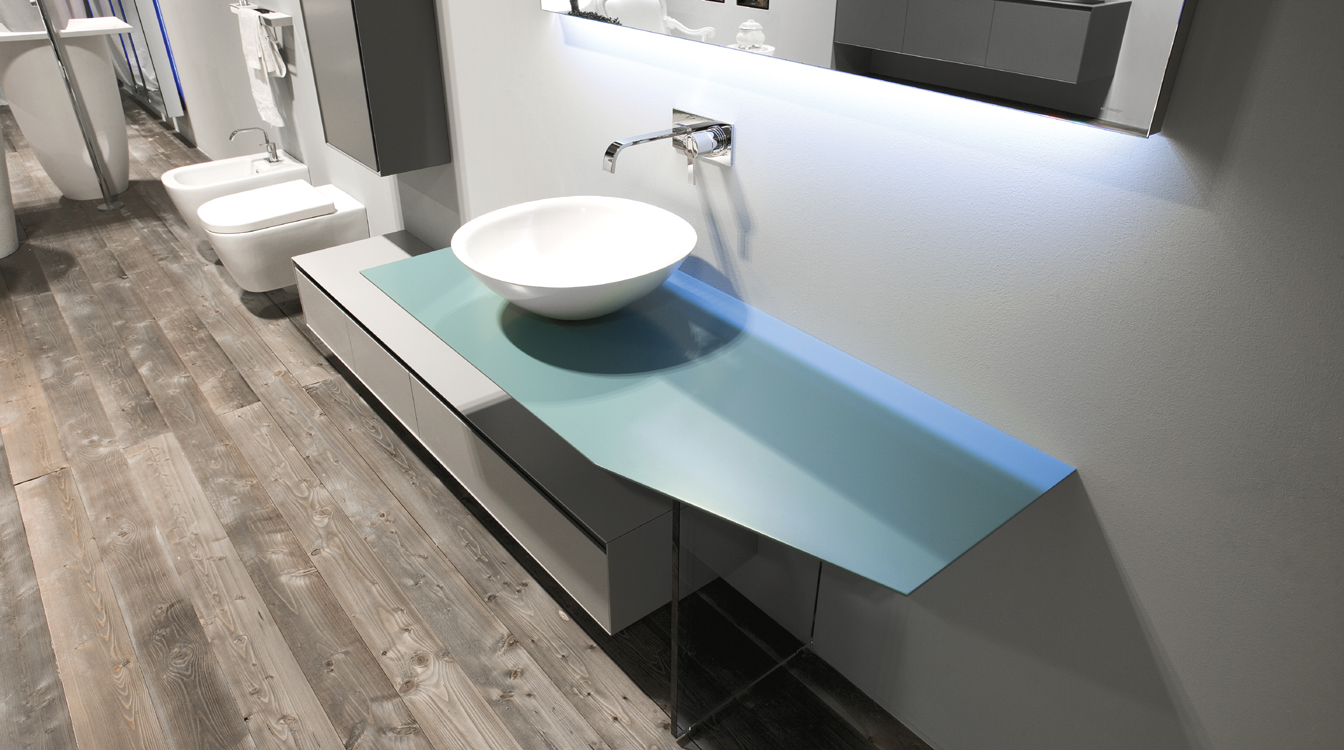 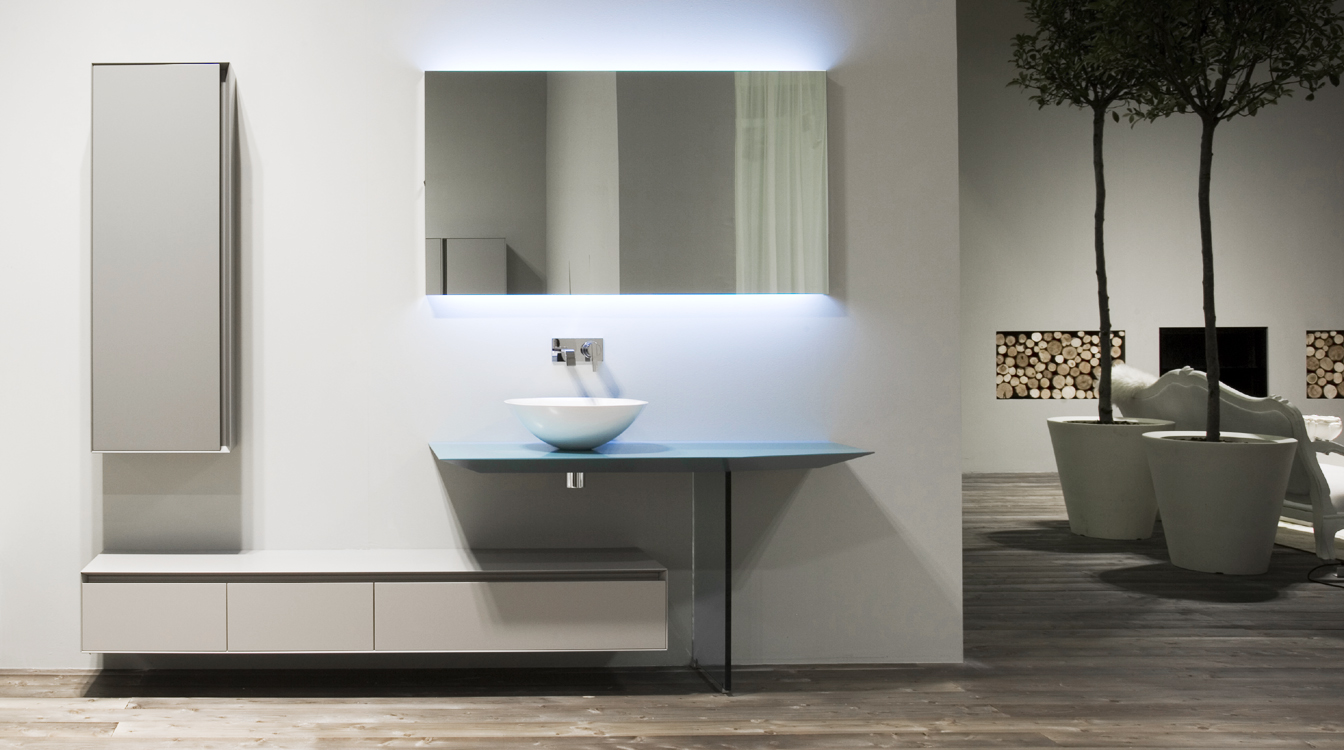